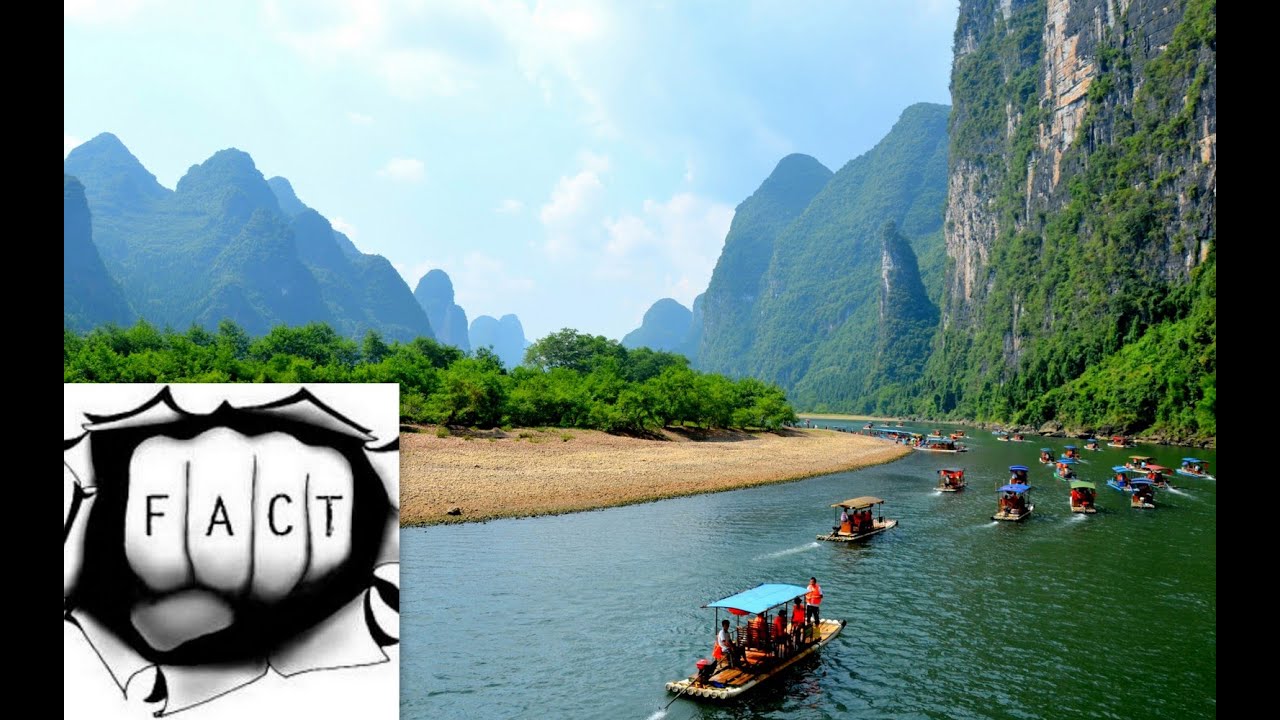 10.Pudong Skyline
Pudong is a district in Shanghai on the eastern side of the Huangpu River that has emerged as China’s financial and commercial hub. A skyline of gleaming skyscrapers rises out of what was mere farmland only 20 years ago. Skyscrapers includes the symbolic Oriental Pearl Tower, the Shanghai World Financial Center, the Jin Mao Building and the Shanghai Tower that should be finished in 2014.
9.Mogao Caves
The Mogao Caves form a system of 492 temples 25 km (15.5 miles) southeast of the center of Dunhuang, an oasis strategically located at a crossroads on the Silk Road. The caves contain some of the finest examples of Buddhist art spanning a period of about a 1,000 years. Construction of the Buddhist cave shrines began in 366 AD as places to store scriptures and art.The Mogao Caves are one of the three most famous ancient rock-cut temples in China.
8.Leshan Giant Buddha
The Giant Buddha of Leshan is a gigantic Buddha statue carved out of a cliff face in Sichuan, western China. Begun in the year 713 during the Tang Dynasty, the statue was not completed until the year 803, and was the effort of thousands of sculptors and workers. The Leshan Giant Buddha stands about 71 meters (233 feet) high and has three meter (11 feet) long fingers on each of its enormous resting hands.
7.Mount Huang
Mount Huang is a mountain range in eastern China also known as Huangshan (“Yellow Mountain”). The area is well known for its scenery, pine trees, peculiarly-shaped granite peaks and views of the clouds from above. In ancient times almost 60,000 stone steps were carved into the side of the mountain range. Today there are also cable cars for tourists.
6.Li River Cruise
A Li River cruise from Guilin to Yangshuo is the highlight of any trip to northeastern Guangxi Province. The landscape is decorated with amazing hills, steep cliffs, incredible caves and farming villages, and is lined with bamboo groves.The scenery along the Li River is one of the top tourist attractions in China.
5.Terracotta Army
The Terracotta Army is a collection of terracotta sculptures depicting the armies of Qin Shi Huang (221 BC-206 BC), the first Emperor of China. It is the most popular tourist attraction in Xián and one of the most popular in all of China. It is estimated that in the three pits containing the Terracotta Army there were over 8,000 soldiers, 130 chariots with 520 horses and 150 cavalry horses, the majority of which are still buried in the pits.
4.Victoria Harbour
Victoria Harbour is one of the deepest container ports in the world. The bay offers stunning views of the skyscrapers of Hong Kong island on one side, and the Tsim Sha Tsui shoreline on the other. Victoria Harbour is also one of the busiest harbors in the world with hundreds of ferries, junks and speed boats darting up and down the shore.
3.Forbidden City
Located in the center of Beijing, the Forbidden City is the world’s largest palace covering 72 hectares. Built from 1406 to 1420, the palace complex consists of 980 surviving buildings with 8,707 rooms surrounded by a six meter (20 ft) deep moat and a ten meter (33 ft) high wall. Twenty-four emperors reigned over the country for almost 5 centuries from the Forbidden City until the abdication of Puyi, the last Emperor of China. Today the Forbidden City is a museum.
2.Potala Palace
Situated 130 meters above the Lhasa valley, the Potala Palace rises a further 170 meters and is the greatest monumental structure in all of Tibet. The construction of the present palace began in 1645 during the reign of the 5th Dalai Lama and by 1648 the Potrang Karpo, or White Palace, was completed. The Potrang Marpo, or Red Palace, was added between 1690 and 1694. The Potala Palace remained the residence of the Dalai Lama until the 14th Dalai Lama fled to India, after the Chinese invasion in 1959.
1.Great Wall of China
The Great Wall of China built, rebuilt, and maintained between the 5th century BC and the 16th century to protect the northern borders of the Chinese Empire from the attacks of nomadic tribes from the north. The majority of the existing wall were built during the Ming Dynasty (1368-1644 AD).The most popular area of the Great Wall is at Badaling.