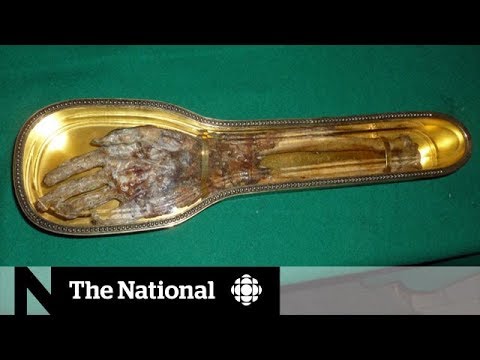 St. Francis Xavier’s severed forearm, a 465-year-old sacred Catholic relic, is set to begin its tour across Canada. St. Francis Xavier is one of Catholicism’s patron saints; his severed right arm is normally kept in a church in Rome and is rarely taken on tours for worshippers to see.

Welcome to The National, the flagship nightly newscast of CBC News

»»» Subscribe to The National to watch more videos here:

Voice Your Opinion & Connect With Us Online: