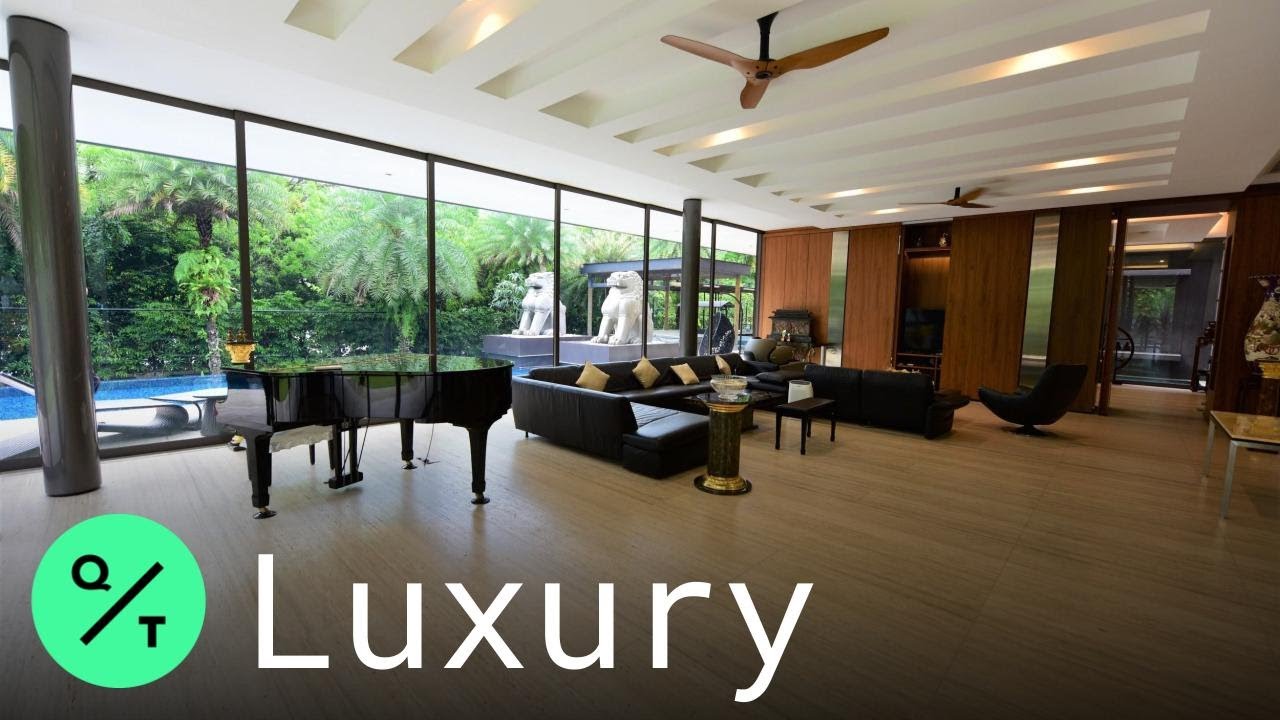 Even for Singapore, the setting for the “Crazy Rich Asians” Hollywood hit, this house sets a new standard. It’s selling for S$63 million ($45 million), and that doesn’t include some 500 Chinese artifacts for which the buyer will have to fork over a few million more.

The house, modeled after the seventh-century Tang Dynasty capital of Chang’an, is literally a private museum, showcasing the collections of owner Raymond Ng, the executive chairman of Enviro-Hub Holdings Ltd., a Singapore property and recycling business.

Ng, who’s lived in the house for more than five years, bought it in 2010 for S$17.3 million and spent another S$12 million designing and renovating the property, according to Jervis Ng, an agent with JNA Real Estate, who’s handling the sale. Ng, the owner and no relation to the agent, declined to comment.

It’s clear Ng is a Chinese artifact aficionado, with pieces in the basement of an annex building that include an armillary sphere from the Ming Dynasty and two rare bone sculptures of which there are just four in the world. There are also silk paintings by Giuseppe Castiglione, known as Lang Shining when he lived in China as a painter for emperors in the Qing dynasty.

There are plenty of modern touches in the Camden Park home that sits on a plot of land measuring more than 26,000 square feet (2,415 square meters), or the size of about five basketball courts. Among the standout features: a car elevator and basement garage that can accommodate up to 12 vehicles, and a wine cellar arch that holds 2,000 bottles. There’s a two-story walk-in closet with spiral staircase.

The property’s price tag reflects Singapore’s status as one of the world’s priciest property markets, where even government-built apartments can fetch more than S$1 million.
While such estates would be regarded as mansions in other countries, they’re known as “good class bungalows” in Singapore. The term was first used in a government master plan in 1980 to attract high-net worth people to contribute to the city’s economy, according to British academic Robert Powell, author of “Singapore Good Class Bungalow 1819-2015.”

In land-scarce Singapore, where 80% of the population live in public housing, there are only about 2,500 of these lavish private properties, typically located in prime districts and ensconced behind dense foliage to maintain privacy. Some are more than 100 years old, dating to colonial times.
Bungalows are modest homes in many parts of the world, but in Singapore, the plot of land must be at least 1,400 square meters to meet the standard. The house can’t take up more than 35% of the area or be more than two stories high. Each comes with an eye-watering price tag that can easily run into the tens of millions.
“Good class bungalows are highly attractive to affluent buyers for their scarcity and prestige status,” said Christine Sun, head of research and consultancy at OrangeTee & Tie Pte.

QuickTake by Bloomberg is a global news network delivering up-to-the-minute analysis on the biggest news, trends and ideas for a new generation of leaders.

Why do the people of the Nicoya Peninsula live so long?