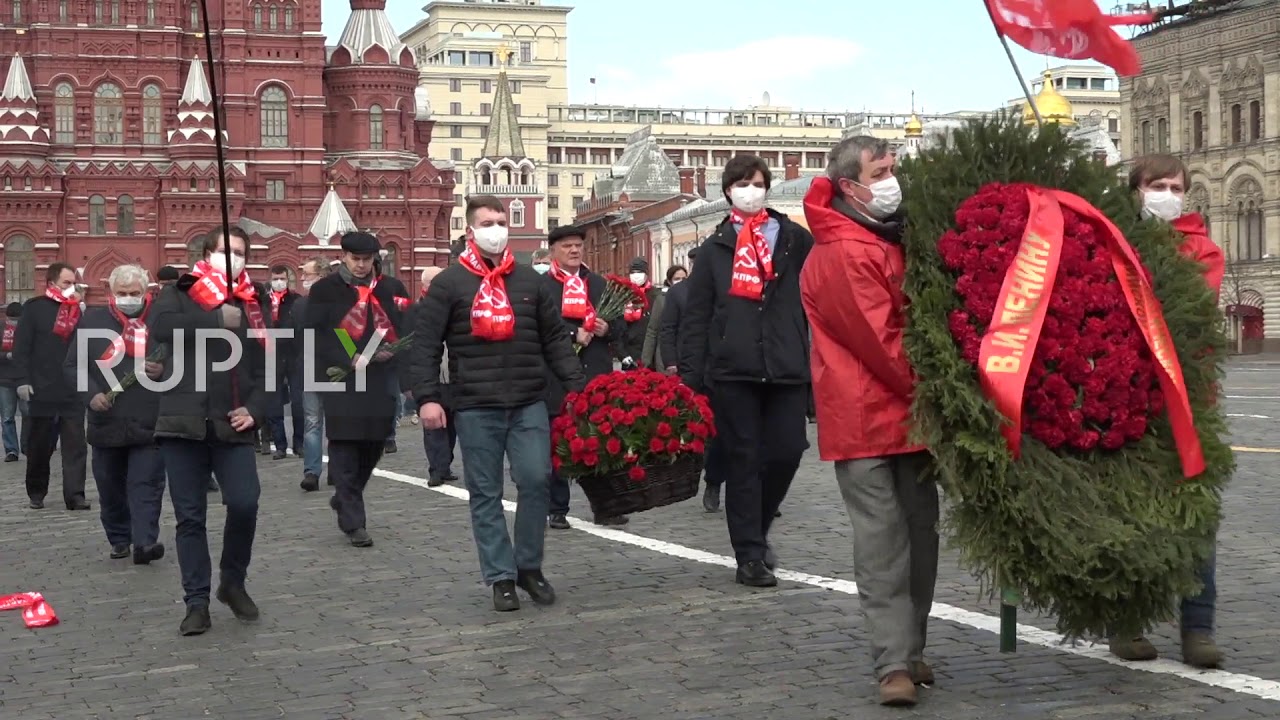 Members of the Communist Party of Russia, including its leader Gennady Zyuganov, defied Moscow’s coronavirus restrictions and gathered to lay flowers at Vladimir Lenin’s Mausoleum in Red Square on Wednesday to mark the Bolshevik leader’s 150th birthday.

Addressing the crowd, Zyuganov said “I want to thank you for coming with us to the country’s main square despite difficult epidemiological situation to give a bow to the genius [Vladimir Lenin]. I want once more to remind you of the fact that you all live in a country saved, first of all, by Lenin.”

Lenin was born on April 22, 1870 in the city of Simbirsk, later renamed Ulyanovsk in honour of Lenin’s original family name. After many years abroad he returned to Russia to lead the Bolshevik Revolution. He died at his dacha in Gorki on January 21, 1924.