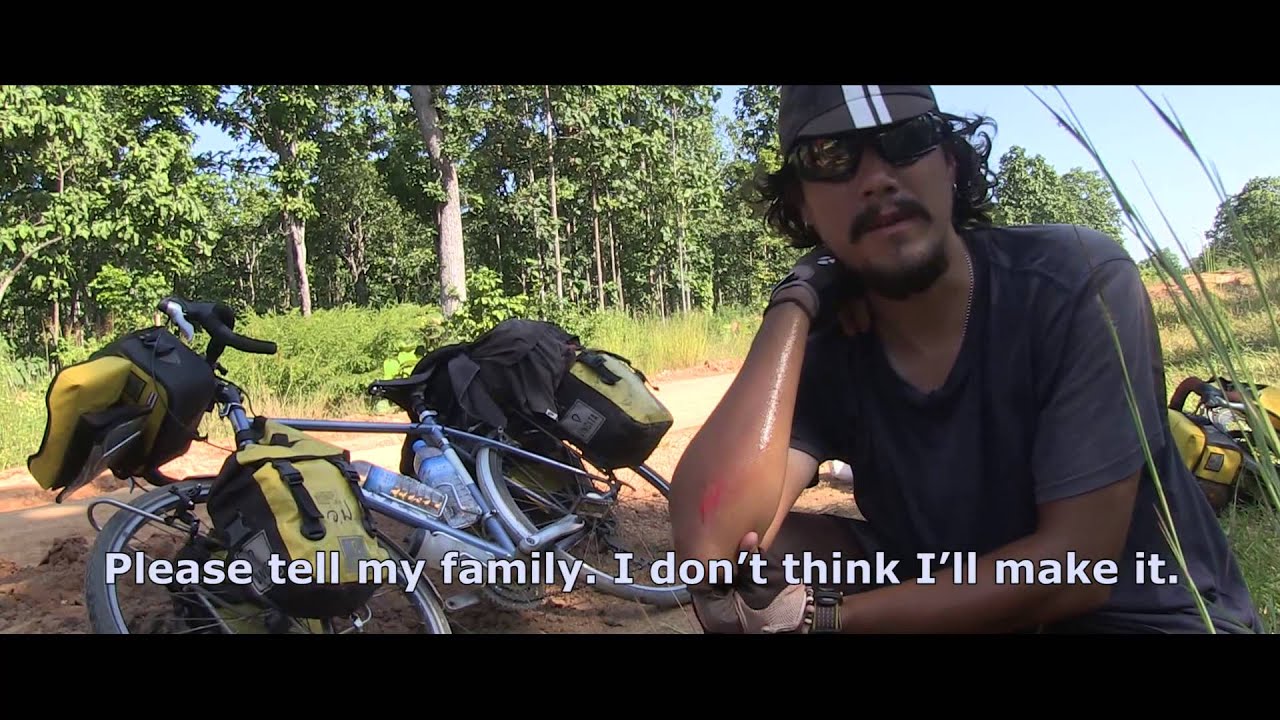 In 2014, Eric Schuijt and Carla van Tatenhove traveled by bicycle through Northeast India, Myanmar, and Thailand. This is part 2 of their four-part travel report video.

Part of their trip they rode along with Nicholas and Ray, two cyclists from Thailand they met in Myanmar. In Myanmar the four decide to go to the city of Mandalay. To find their way they use their smartphone navigation and ask people they come across.

They learn that part of their trip is very challenging. Nicholas falls three times, and once Carla falls hard, hitting a rock with her elbow. For this, they decide to go to the hospital. The people that help, are angels, refusing any payment for their help.

The Highway literally runs deep through the jungle: a dense, green sight everywhere they look, the people that they encounter can be counted with one hand, and not once do they pass a village. They do run into some spots where people ask for donations for bhudist temples, and on several occasions the local police check their papers, as they are in an area for which you need written permission.

They were Myanmar in November, when many rivers are dry. But during the rain season this region is isolated from the rest of the world, as mass parts of the land will be flooded.

On their trip over the Friendship Highway they stay they night in the village of Kalewa. Next day, they use the pond to cross the river, continuing over what the map calls the Highway. This is where the trip becomes challenging: Instead of asphalt, they get a sandy road, and sometimes rocky roads; it seems to get harder the further they go. They have a hard time moving further, even with thick tires. They also cross dry rivers over wooden, improvised bridges. Some rivers didn’t have a bridge, forcing them to push the bikes through the river.

In the end, a long bridge lead them over the Ayeyarwady river. After dark they reach Mandalay.

Also see part 1, 3 and 4 of this four-part travel report video. Subscribe to this channel to get all our new videos!