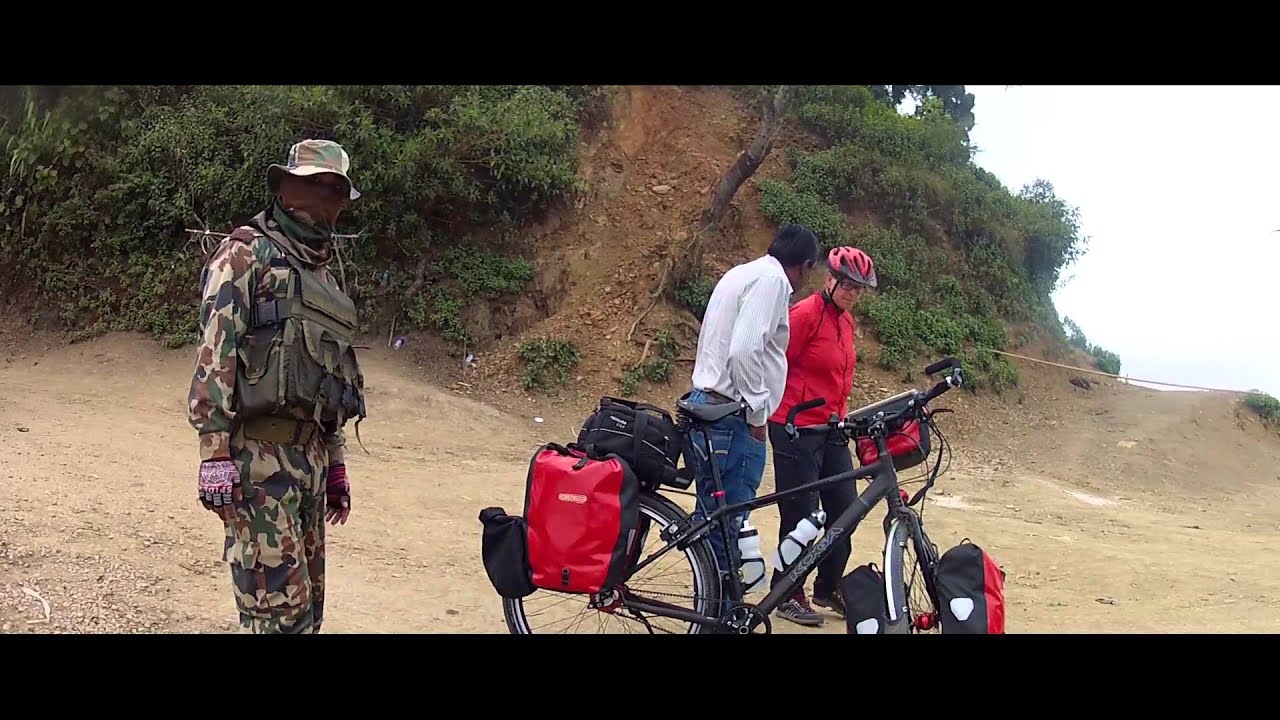 For a long time this trip was not possible as the government of Myanmar did not allow westerners to cross the overland borders.

We thank the government of Myanmar for finally opening up to the world.

Eric and Carla start their trip in Imphal, the capital of the Indian state of Manipur. There they visit a special woman’s market.
Via the main road they cycle towards the border. On the way they visit Lok Tak Lake and find out what the green circles in the lake are, that they saw from the airplane.

You are not always allowed in into the state of Manipur, due to the People’s Liberation Army who is still fighting for independence. Often Eric and Carla encounter checkpoints.

Just before the border they meet the Thai cyclists Nicholas and Ray, who have come cycling all the way from London and are on the way home, which is Bangkok. They decide to ride together.
Before the four cyclists cross the border they have to attend to various ministerial departments to declare they are not up to anything illegal.

Then, after customs approval, they cross the heavily guarded border over a Bailey bridge.

After crossing the bridge they have to attend to the immigration officer of Myanmar. After all papers are approved to cross the border and to cycle in the restricted area, they enter Myanmar.

Also see part 2, 3 and 4 of this four-part travel report video. Subscribe to this channel to get all our new videos!